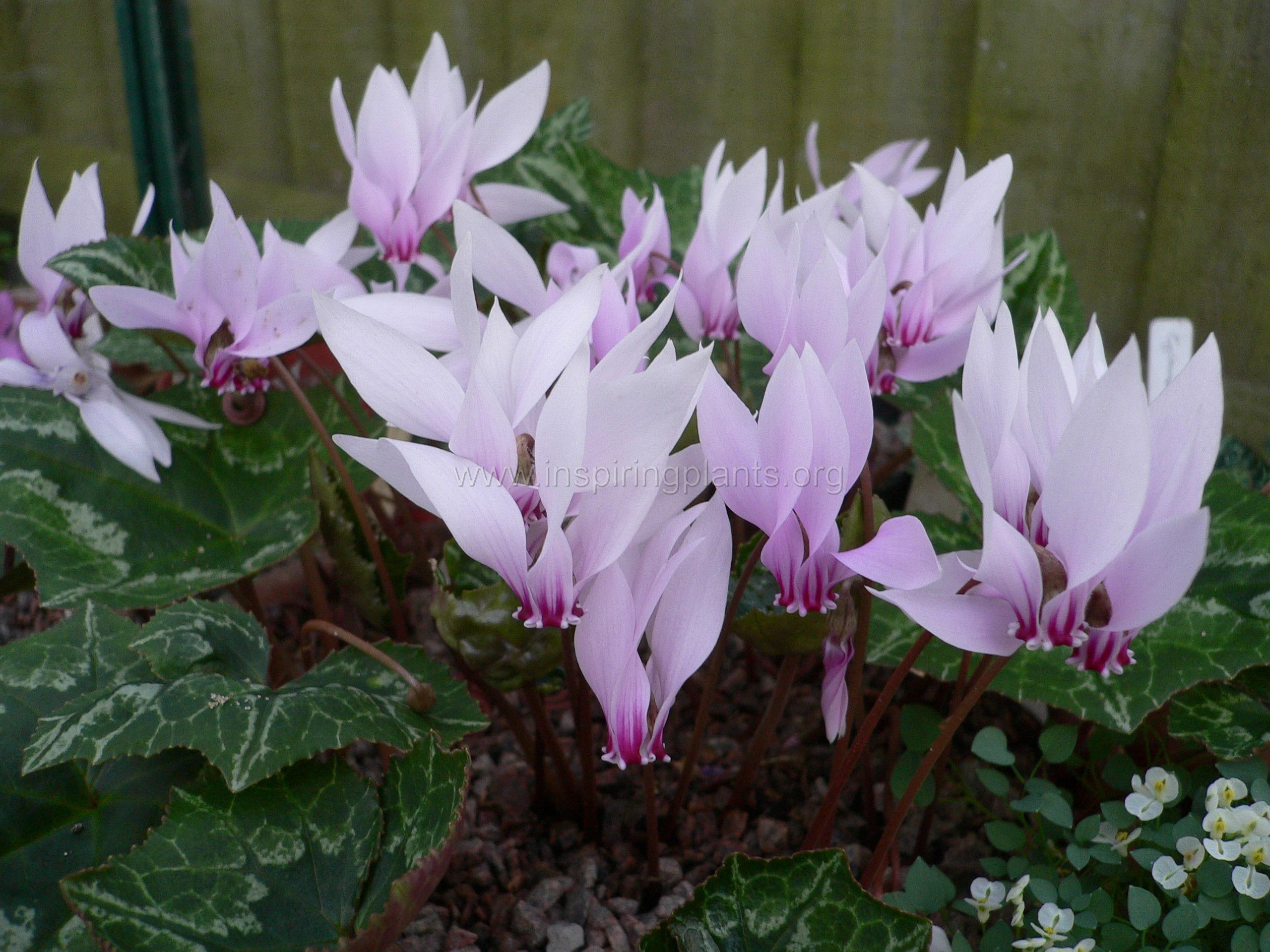 This is a tender species is from Algeria and Tunisia. It resembles C. hederifolium but is generally larger, with thicker toothed leaves and the stems go straight up from the tuber.

C. africanum is an easy going plant which is often scented and helps to welcome in the season's change by flowering August to October. The generous flowering usually occurs before the leaves, but not always. It sets seed freely and the seed germinates well and it is fairly quick to flower too.

There is also a hybrid between africanum and hederifolium (see Cyclamen x hildebrandii) and it can get a bit tricky sorting them all out. Supposedly the best method is a bit like a witch trial - if you put a plant outside in the UK winter and it dies then it was africanum. But then of course you have no plant!

Photos: Picture at the top of the page. I got this from the Late Peter Moore at Tilebarn nursery. I’ve had it since 1990 but it is dwarfed by the enormous plant he had in a giant pot in his greenhouse. In the photo gallery, various plants I have grown. The second one is the darkest I have ever seen. Leaf wise it is fairly variable but usually not particular spectacular (for a Cyclamen). There are some nice greyish green / sage leaf forms which I think came from a Jim & Jenny Archibald collection. The middle picture last row is a seedpod forming.

One of africanums grown from seed