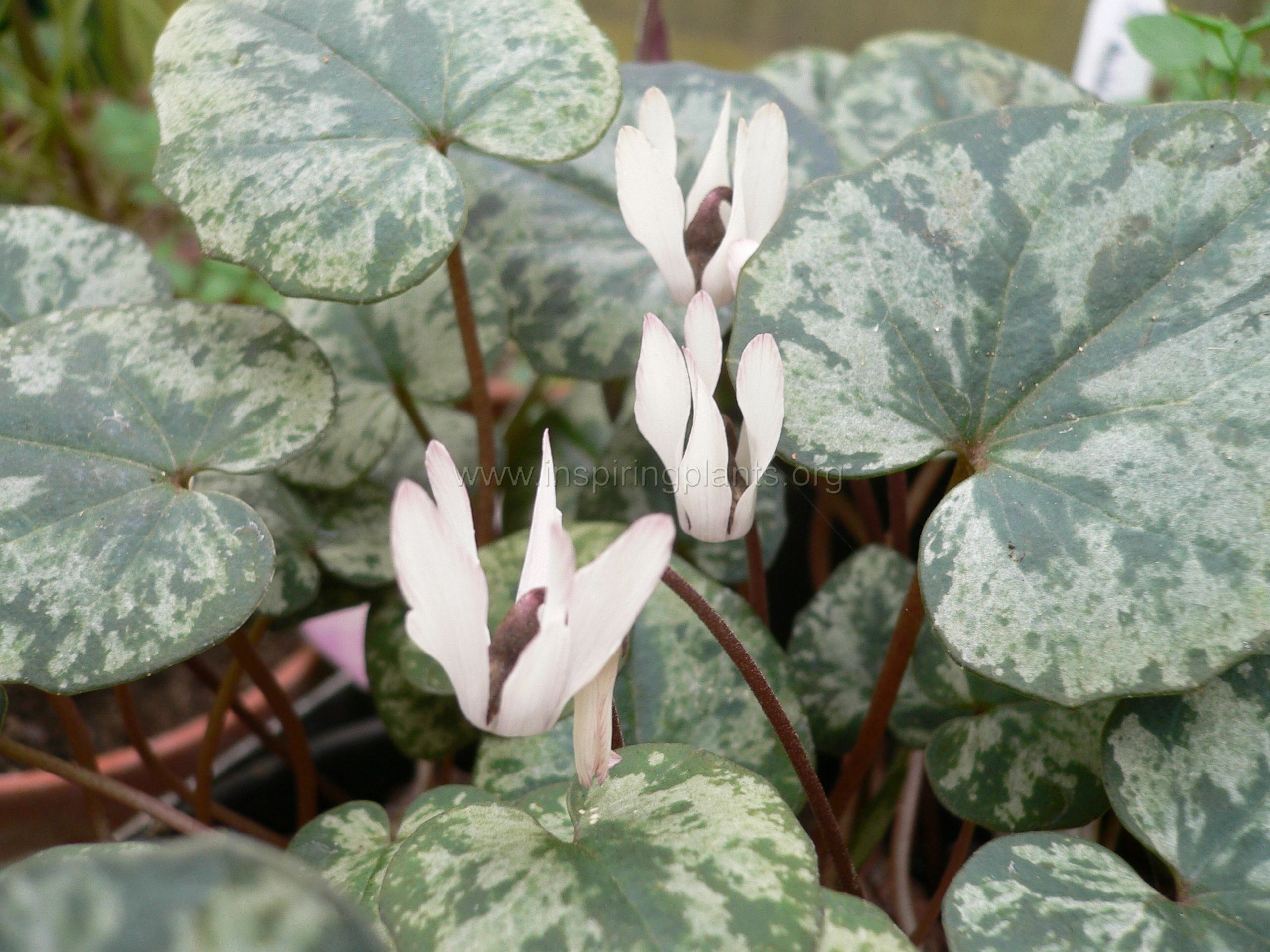 As expected this is from the Balearic Islands - but it also occurs in southern France. It's one of a handful of species I've seen in the wild. It was growing up in the hills in rocks. It was in leaf but no flowers as it was probably May.

Cyclamen balearicum is one of the repandum complex along with repandum, rhodense and creticum. They all tend to hybridise and I have suspicions about many of the plants I have from seed. Back in the day, when the world was young it seemed that most of the C.balearicum you could buy, or appeared in books were very distinct. They had (relatively) large, thin leaves, blue green with a silver wash. The flowers were small, a bit dumpy with lilac lines. In those days C.creticum and C.rhodense were rare in cultivation so you might assume true balearicum was partly lost to hybridization when those plants became more common in cultivation. However my feeling is the plants I saw in Mallorca were more like those I see in cultivation today – so it might be that new, less distinct clones have been introduced. I tend to only be 100% sure of the ones with the blue green leaves because without access to some kind of DNA testing I play safe.

I am rather fond of the plant. Overall it's one of the smaller species, the leaves can be large in comparison with the spring flowers which tend to be a bit dumpy. It has a lovely fragrance. I find it comes easily from seed. I grow it under the staging in the greenhouse in shade and it seems to tick over in a quiet way there.