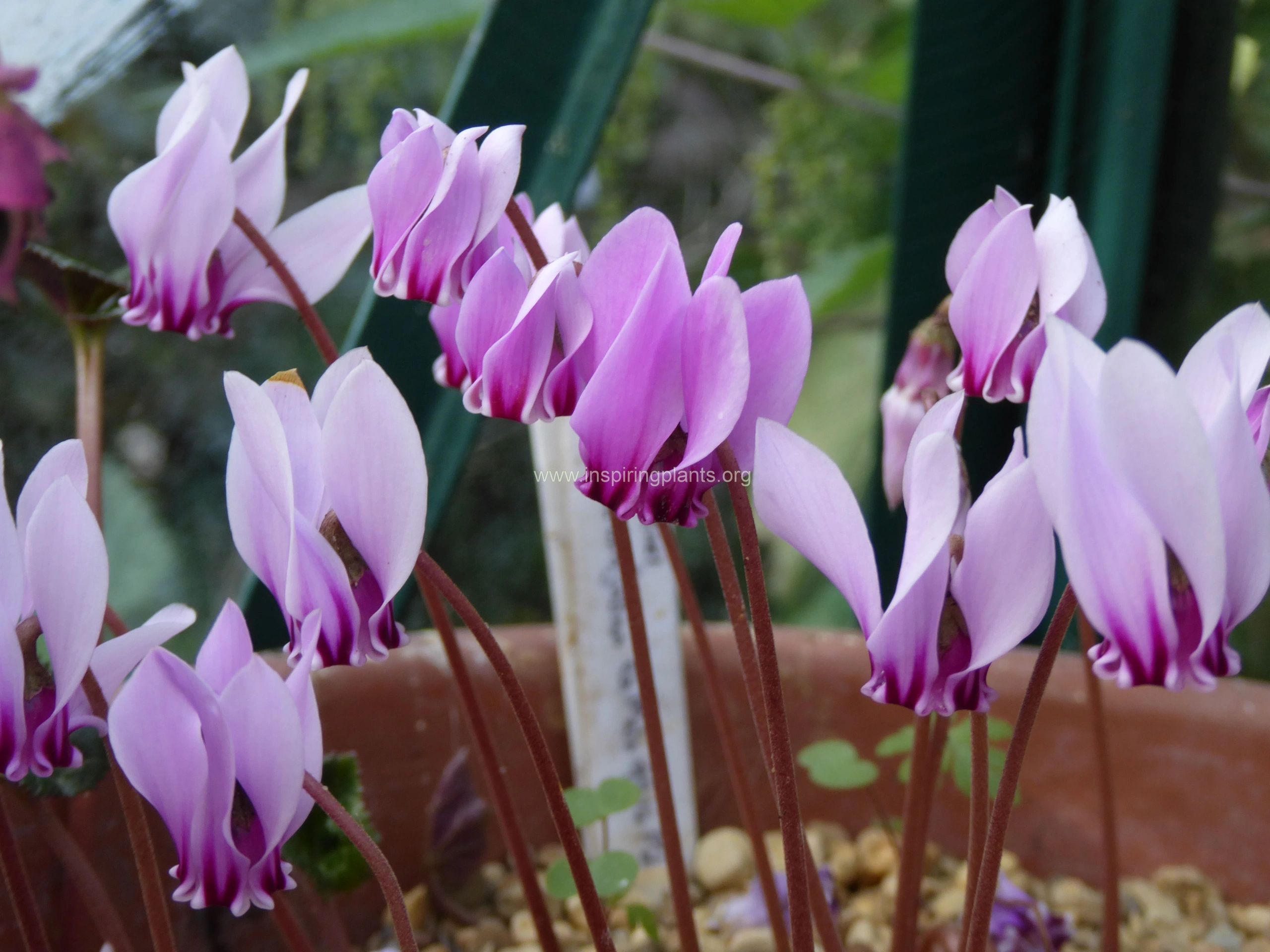 For many years there has been talk of plants like C. africanum in southern Europe with all sorts of new names and discussion of various ploidy states. C. confusum is now the name given to plants from north west Crete that previously would have been under C.hederifolium. The key feature is the thicker leaves.

I got my first plants from one of the Cyclamen Society Expeditions under the name of C.hederifolium var confusum so I managed to add to my species count with no extra effort.

The plants I have has large scented deep pink flowers and shiny thick leaves. Flowers generally appear before the leaves in September / October.

I now have further seedlings and hopefully I will see some more variation.

It is supposed to be hardy but I'm playing safe and keeping the original plants in the greenhouse with a few seedlings out in the frames.

The thick shiny leaves of C.confusum