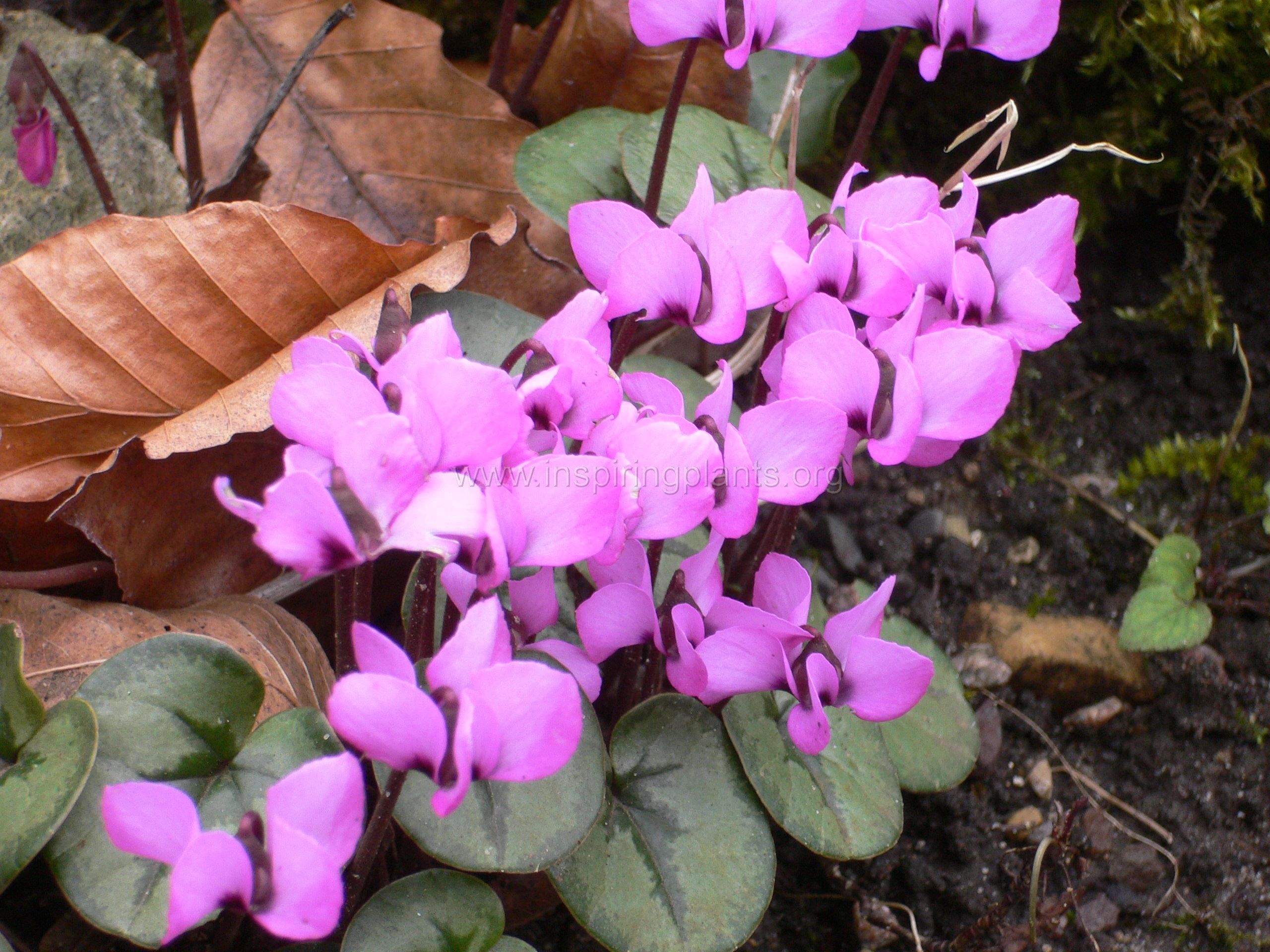 From Bulgaria, Turkey, Syria, Israel and Russia. In the UK this is regarded as the second easiest species to grow out of doors.

Given its distribution it is not surprising there is a fair amount of variation in this winter flowering species, both in the flowers and leaves. In the past some of these were given different names. I tend to lump them as coum because even if they were once distinct once they have now got terribly mixed up.

I generally grow only the special ones in the greenhouse and frames although there are a number of escapees knocking around in the greenhouse. One most distinct ones I have is C. coum Tilebarn Graham which has a very distinct flower, I'm not sure if it was from a wild collection or arose in the garden. I got my plant directly from Tilebarn nursery but plants I have grown from seed elsewhere just come up as normal coum. I've seen various ordinary coum labelled as this plant on the net - unfortunately as people don't know what the plant should look like they are unaware they don't have the genuine plant, donate seed and so the situation gets worse. Unfortunately my own plant is now getting on, doesn't flower regularly and I never got seed off it. Another distinct plant is "Russian White". There is also a Russian Pink and both forms have a solid purple nose blotch. I also have a tiny silver leaved plant with almost now basal blotch.

There are a number of plants given different names by Russian Botanists like Cyclamen kuznetzovii and C. abchasicum. I’ve grown both plants from seed with those names but to me they weren’t any different from “normal coum”. There is also Cyclamen coum caucasicum with more heart shaped leaves and a more graceful flower. It is said that this form dominates as you go further east. I’m not sure that research confirms this and I simply lump it in with coum.

In the UK at least Cyclamen coum is very hardy.