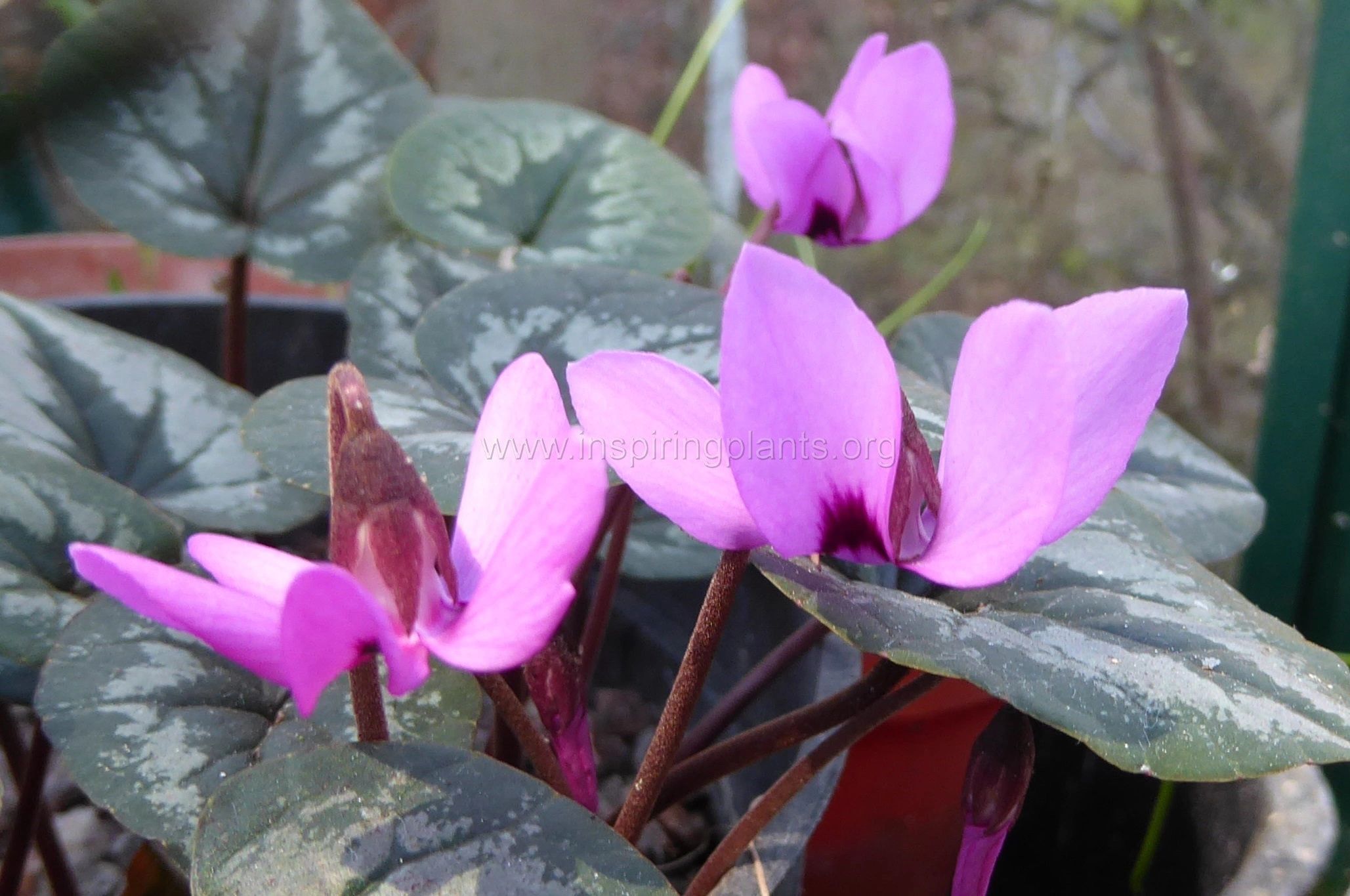 Grows around the lower part of the Caspian sea. It resembles some forms of C.coum but more pointed in terms of leaves and flowers.

I think Cyclamen elegans is a fairly new addition to the Cyclamen family, I think it had been known for a while, possibly under different names but has only recently been recognised as a “good species” and named.

I'm not entirely confident in distinguishing it from coum ssp. caucasicum. It is still fairly rare in cultivation with a reputation for difficulty. Luckily newer introductions seem to be a bit more amenable.

It varies a fair amount in flower colour and there was once a silver leafed form that Peter Moore sold but I’ve not seen it around since.

It’s worth noting that many of the plants under the name are in fact some form of C.coum.

Close up of Cyclamen elegans flower.