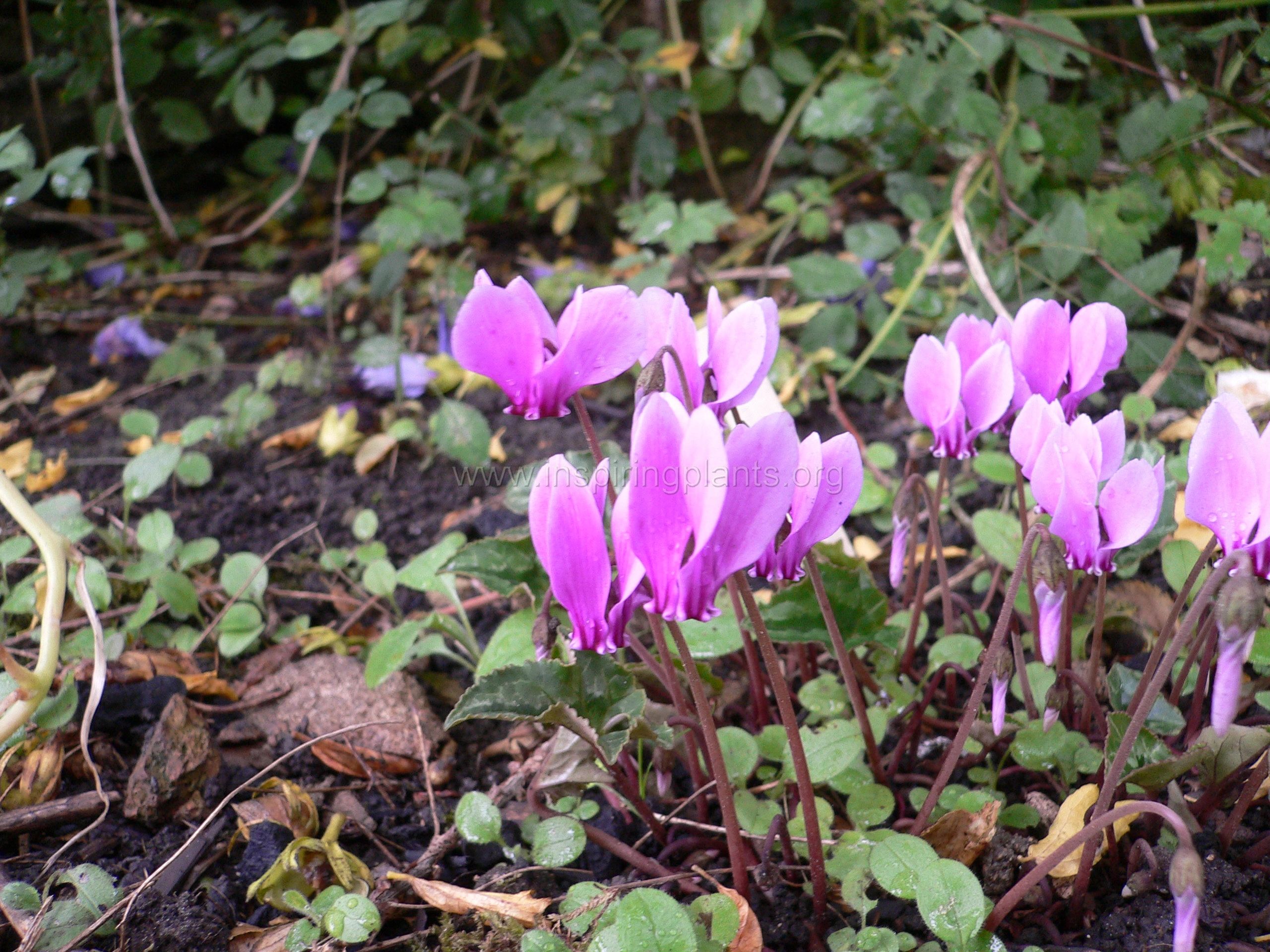 Probably the most well known species and in the UK at least it is the easiest species for growing outdoors.

Cyclamen hederifolium has a wide distribution, and can be almost considered as a ground cover plan, given enough time. In fact it’s generally not a good idea to plant any other Cyclamen with C.hederifolium as they are likely to get over run.

Virtually all of the ssp hederifolium here are out in the garden, there were even a few in the garden when I came here (the place to see most locally is in the car park of the doctor’s surgery where it has presumably escaped from someone’s garden and is now thriving in gravelly soil under trees).

Cyclamen hederifolium ssp. hederifolium varies a fair amount, apart from the usual pink and white there are a number of darker, almost black flowered ones bred. Leaves also vary, both in shape and colouring, from patterned with green, silver, even pink to all pewter or silver.

There are a number of named forms of Cyclamen h.ssp hederifolium, the problem is that while some tend to come true from seed, some don’t. These leads to the distribution in good faith of plants that are nothing like the named form because it didn’t breed true. This has happened to “Bowles Apollo” and I think it’s happening with some of the cultivars introduced by Peter Moore. I have a number of seedlings that have come under Tilebarn cultivar names but I suspect they are some way from the original. I’ve included pictures of the seed pots so you can see the variations. You may be able to make out the labels but I’ll refrain in using the names they came under in case someone picks the images up and thinks that the naming is accurate.

Ssp crassifolium has thicker leaves, a bit like confusum, but lacking the shine. Leaves seem to vary a bit, so far I’ve only had pale flowers but it may also vary in flower colour. I’ve kept my main plants in the greenhose, I’m not sure about it’s suitability for outside, both in terms of frost hardiness and it’s tolerance of the wet (especially on those succulent leaves). I do now have a further sowing and I’m trying that in a covered frame.

I do find it curious that I’d never seen a plant like ssp. crassifolium until it was collected by the Cyclamen Society. Given it comes from somewhere so botanically accessible it’s a surprise that plants hadn’t been collected previously and distributed.