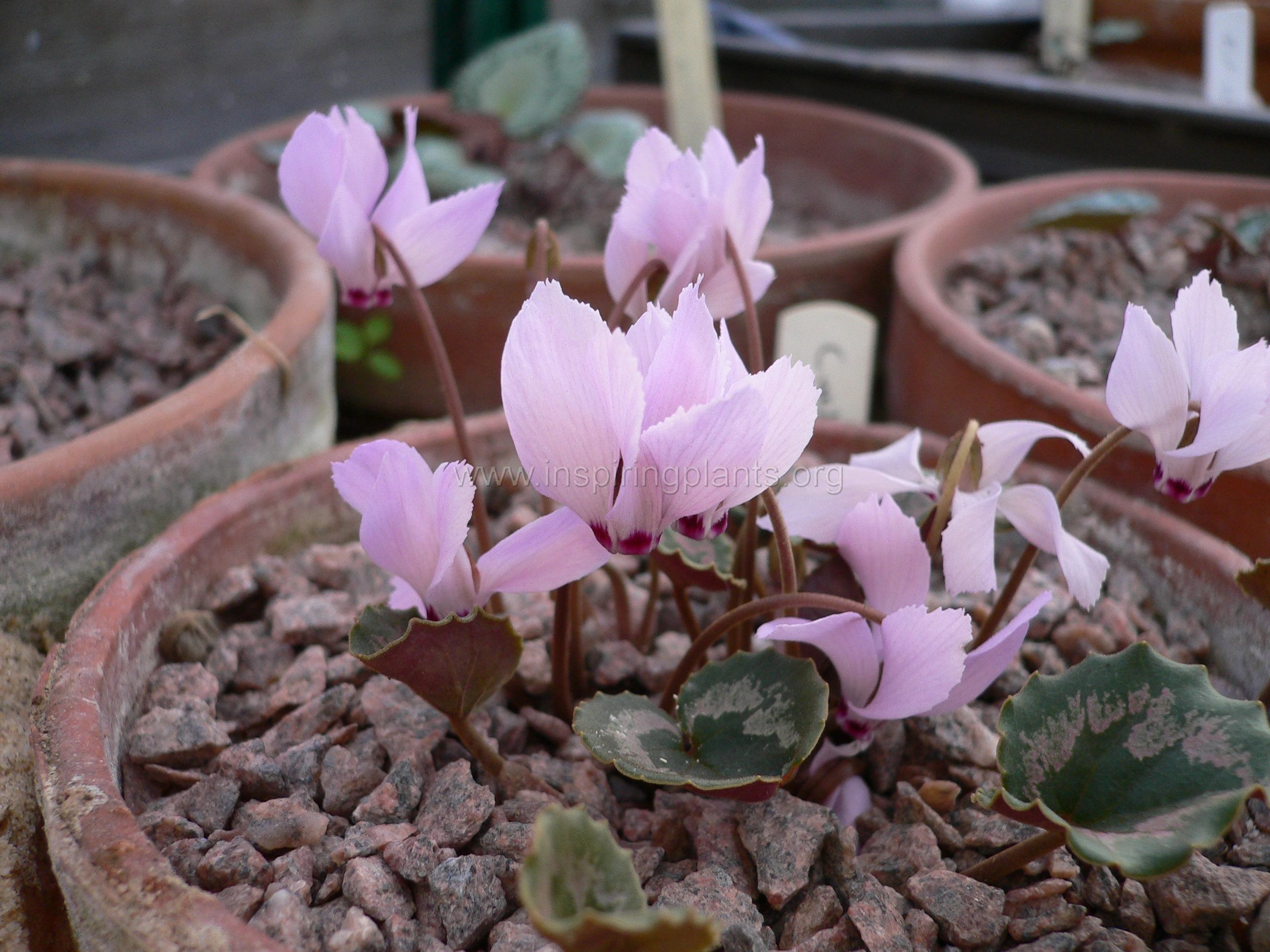 Another Turkish species, this is the “miracle” Cyclamen, with pink marked leaves.

Cyclamen mirabile is part of the cilicium group, and I remember when it started coming into  general cultivation in the 70s. It's "big thing" is that the leaves are usually marked with pink when they first emerge. This pink colouration then changes to the more normal silver markings. Generally it is a stiffer, more chunky plant that the delicate C.cilicium. The autumn flowers generally have toothed petals and often a strong coconut scent (as opposed to the honey scent of cilicium).

It's another plant that is supposed to grow on serpentine soils (see also comments under C.alpinum) and is subject to various moulds and rots. I grew it for many years under a cherry tree, I now grow it mainly in frames where it seems to appreciate the fresh air.

The flower colour and leaves vary quite a lot and there have been a number of selections. Unfortunately as Cyclamen seed doesn't always come true some of these are now getting very watered down. In particular seed marked as "Tilebarn Nicholas"  is appearing that actually look like normal mirabile. It's a tricky one because it's just a boldly marked form and so that's open to interpretation. "Tilebarn Jan" is white and "Tilebarn Anne" has completely pink, later silver/ pewter leaves.