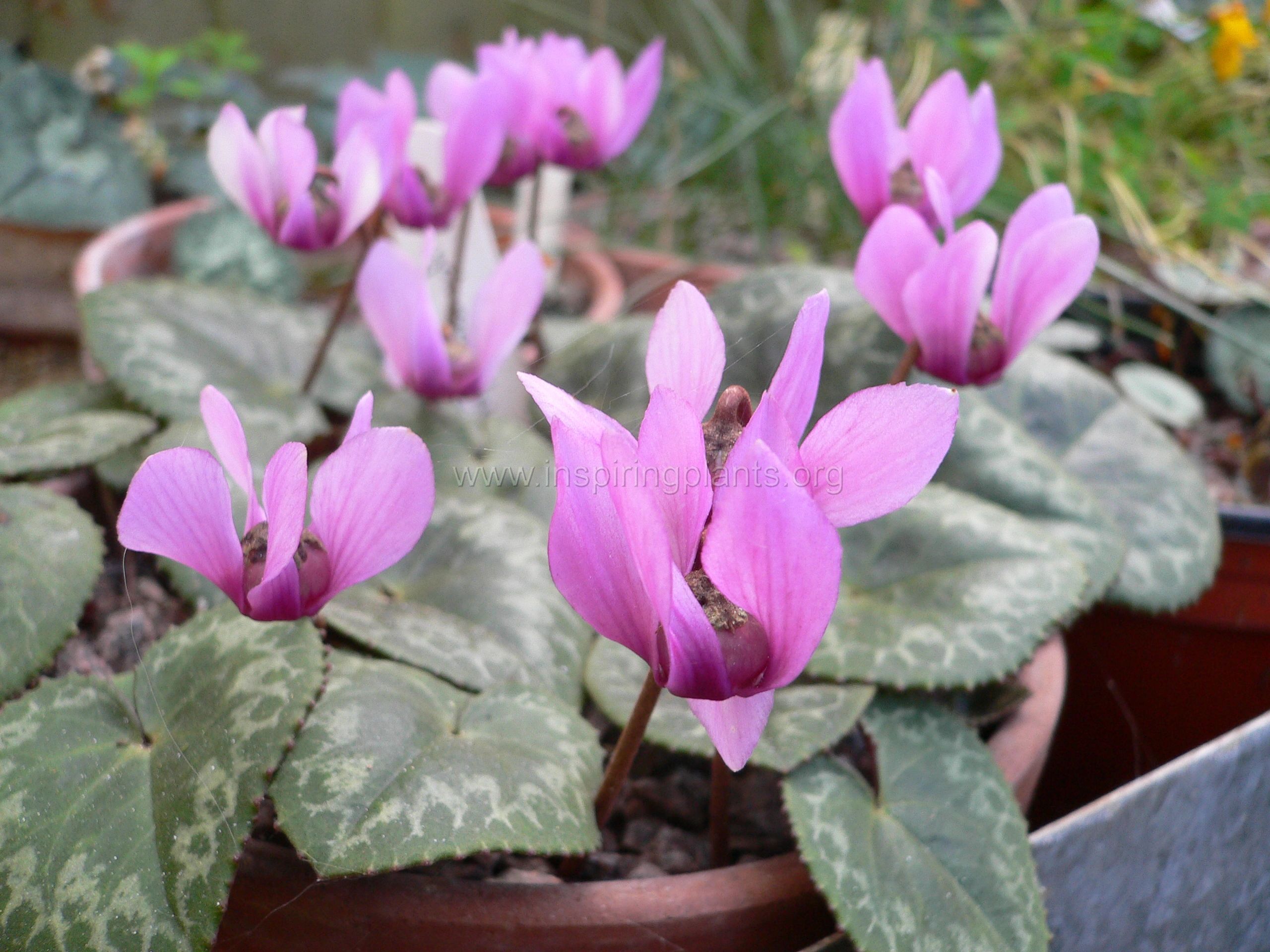 Formerly regarded as an odd outlying population of Cyclamen purpurascens, this Georgian plant has now been recognised as a separate species.

I remember first reading about it an account on the Alpine House at Jena's botanic garden by Professor Otto Schwartz. That account was I think 1974 and covered many exciting plants from "behind the iron curtain". They only had one or two plants and until fairly recently it was unknown in the western gardens. It's now reasonably common.

It resembles a thick leaved C.purpurascens which tends to flower more in one go later summer / early autumn. The flowers are very fragrant. I think most people like me keep it in the greenhouse or frame. It maybe ok in the garden - I certainly find it a lot more reliable than C.purpurascens.  My original plant came from Tilebarn nursery and since then I've raised it from my own and other seed. Germination isn't that great but unlike the experience quoted in books I found it to sometimes to be one of the quickest, rather than slowest species to flower doing so in about a year. I've not had much variation in flower colour or shape but I do have one plant with plain leaves.

oh and if you are wondering, if the image seems familiar its one I gave to Wikipedia so it is now one all over the net.

C.colchicum seeds from the Cyclamen Society exchange being soaked prior to sowing.