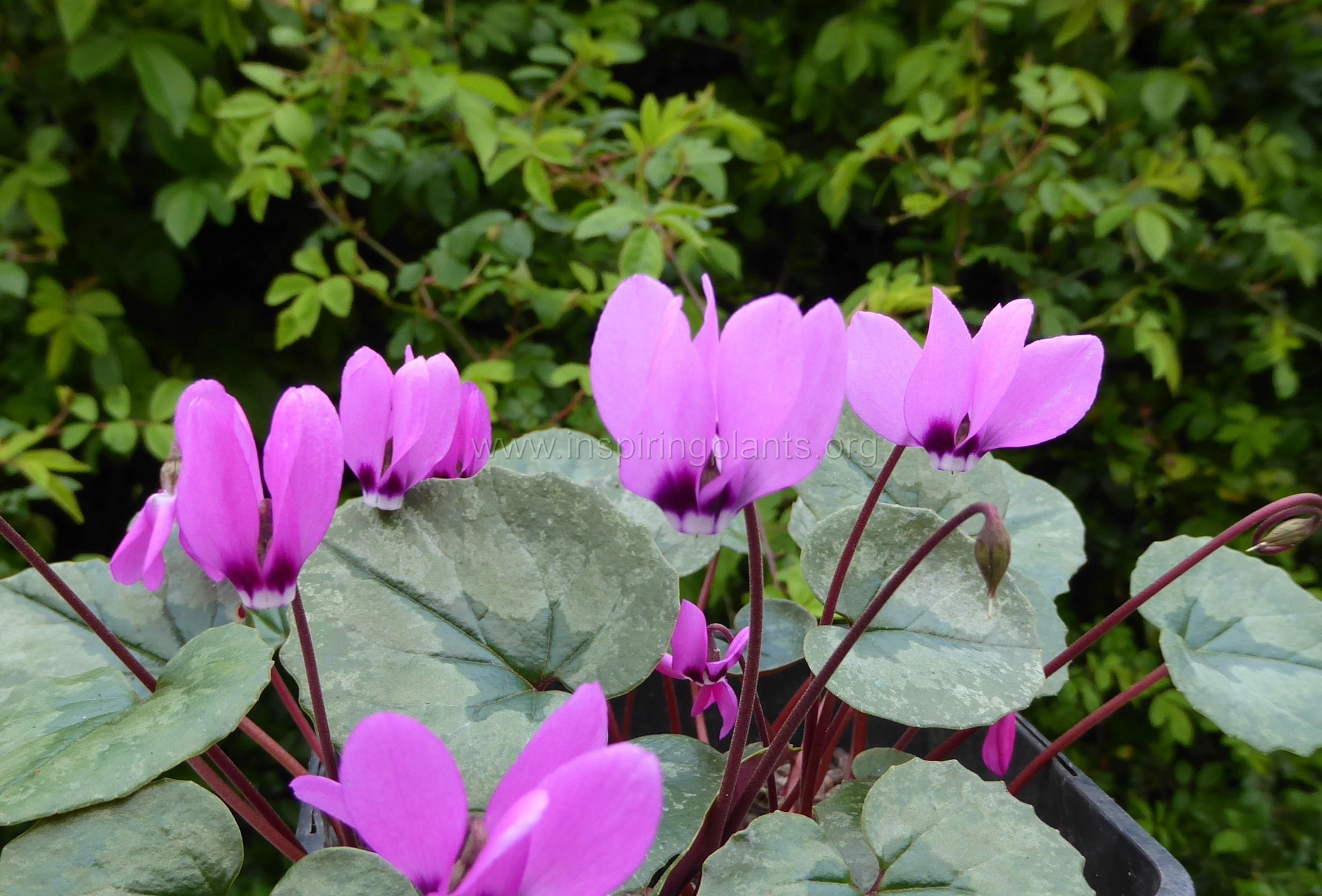 A very popular species from Turkey

Yes, there used to be a C. ibericum which I think was a form of C.coum, or maybe it was C.elegans?

Although some forms of pseudo-ibericum look a bit like coum it's actually related to C. libanoticum and C. cyprium.

Flowers vary in shape and colour, some are like an oversized C.coum, others more elegant, colour varying from an intense magenta to almost white.  The paler forms are sometimes called “roseum” but for me they are just part of a spectrum of colour forms.

I now grow most of mine in the frames.